2017 BICTAM Master Lecture on Mechanics Series Program started from September 11th to September 15th, 2017. Professor Daniel Weihs from Israel Institute of Technology was invited to visit BICTAM. During one week’s visit, Professor Weihs delivered lectures titled “Animal Group Motion in a Fluid Medium” and “Introduction of Technion Program on Autonomous Systems” on the morning of September 12th and 14th respectively, at Institute of Mechanics, Chinese Academy of Sciences (IM, CAS).

On the morning of September 12th, Professor Xiqiao Feng, Secretary-General of BITAM, chaired the lecture. Over 50 scholars and students from IM, CAS, Peking University, Beijing Institute of Technology, Beihang University attended the lecture. During this lecture, Professor Weihs introduced aerodynamics and hydrodynamics in animal group motion. After a brief introduction of the fluid mechanical principles which are used to identify the energetic advantages of group motion of aquatic and aerial animals and the conditions of the marine and atmospheric environment. He mainly discussed the energetic gains of fish in large schools, including study of stability. The background of dolphin drafting, in which mother dolphins help their young, and the group motion of salps – (marine invertebrates moving by jet propulsion) are taken as examples to explain the topic. Later, he explained the energetic gains of birds when they fly in V- formation. At last, some open problems are proposed for discussion.

At the end of the lecture, BICTAM Secretary-General Professor Xiqiao Feng presented Professor Weihs with the Certificate of 2017 BICTAM Master Lecture Series Program and expressed sincere appreciation for his outstanding presentation.

What is BICTAM Master Lecture on Mechanics Series Program?

Since 2016, BICTAM Master Lecture on Mechanics Series Program has been established as a brand academic activity which is held every year. The program aims to provide opportunities for young scholars in mechanics community to interact with distinguished scientists worldwide and furthermore to encourage and promote the academic exchanges in the fields of mechanics. The Lecture Series Program is under the auspices of BICTAM. Every year, at least one leading scientist will be invited by BICTAM Scientific Committee to come to visit and deliver lectures. The program welcomes undergraduate students, graduate students, post-docs, technicians, and professors. It is free and accessible to the general public. In April 2016, Professor Detlef Lohse who has won the George K. Batchelor Prize (2012) was invited to visit BICTAM and deliver lectures. In May, 2016, Professor Wing Kam Liu who is the chair of International Association for Computational Mechanics (IACM) was invited to deliver lectures for BICTAM Master Lecture Series Program. 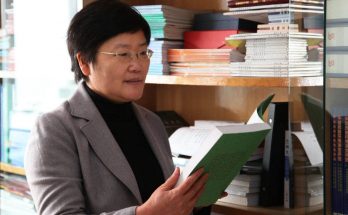 The 15th National Symposium on Dynamics and Control for Young Scholars Held in Changsha, 24 Sept 2021