The National Academy of Engineering (NAE) has elected 111 new members and 22 international members in Washington, D.C. on February 09, 2022. Fang Daining, President of the Chinse Society of Theoretical and Applied Mechanics (CSTAM), was elected as an international member of NAE, for his great contributions to the mechanics of ferroelectric/ferromagnetic materials and lightweight multifunctional structures under extreme conditions.

Prof. Fang Daining, an academician of the Chinese Academy of Sciences, an international member of the US National Academy of Engineering (NAE), a fellow of the American Society of Mechanical Engineers (ASME), is a chair professor of Beijing Institute of Technology (BIT), and the director of the Academic Committee of BIT. He severs as the current President of CSTAM and the current President of the International Association of Applied Mechanics (IAAM). He is also a member of General Assembly for International Union of Theoretical and Applied Mechanics (IUTAM), the chairman of Teaching Advising Committee for College Mechanics Major, and the deputy director of Mathematics and Physics Division of the Science and Technology Commission, Ministry of Education, China.

Prof. Fang invented experimental methods, measurement technologies and scientific instruments that enabled multiaxial loading and testing under coupled electric/magnetic/thermal multi-field conditions, as well as under ultra-high temperatures. These experimental/instrumental developments allowed him to carry out very challenging experiments, leading to original experimental findings to advance theoretical developments. With a set of mechanics models he developed for lightweight structures, Fang also created a comprehensive set of mechanics-driven design concepts and manufacture approaches for lightweight multi-functional structures capable of a number of unique capabilities, such as programmable thermal expansion coefficient and high specific stiffness, heat protection and load bearing, larger magnitude of isotropic or anisotropic negative swelling ratios, and so on. Fang has published 5 monographs and over 500 journal papers, and he is among the Elsevier most cited Chinese researchers throughout the last seven years (2014-2020). For his pioneering and ground-breaking work in solid mechanics, he has received many highly prestigious awards, such as the Second Class National Natural Science Award (twice, 2005 and 2010), Zhou Peiyuan Mechanics Award (2019), International Computational Method Medal (2019), Science and Technology Awards by Ho Leung Ho Lee Foundation (2016), and the First Class Xu Zhilun Mechanics Award (2011), etc. He has been invited to delivered a 50-mins sectional lecture in the 24th International Congress of Theoretical and Applied Mechanics (ICTAM).

Election to the National Academy of Engineering is among the highest professional distinctions accorded to an engineer. Academy membership honors those who have made outstanding contributions to “engineering research, practice, or education, including, where appropriate, significant contributions to the engineering literature” and to “the pioneering of new and developing fields of technology, making major advancements in traditional fields of engineering, or developing/implementing innovative approaches to engineering education.” Up to now, the total U.S. membership is 2,388 and the number of international members is 310. 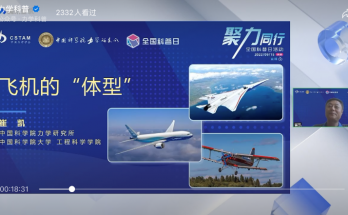 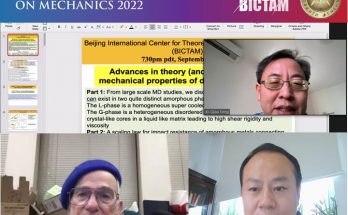